Ecco The Dolphin Wiki
Register
Don't have an account?
Sign In
Advertisement
in: Games, The Little Blue Articles, The Big Blue Articles

The Little Blue is to be the prequel to The Big Blue and is part of Ed Annunziata's planned spiritual successor to the Ecco the Dolphin series. Annunziata is currently in negotiations with an investor who may fund The Little Blue. If the game is funded that way, it will feature microtransactions. If the negotiations are not succesful, Ed and The Big Blue team will be returning to Kickstarter to gather funding for the game. Currently all that is known is that the funding target will be much lower than the $665,000 that was asked for The Big Blue. The platforms the game will be coming to have yet to be revealed. It can be assumed that the game will be for one or more of the platforms that The Big Blue was planned for: Windows, Mac, Linux, iOS, and Android.

The following information is currently known about The Little Blue:

Ed has shared the following about the game on the Playchemy forums:

"The Little Blue has two jobs:

The Little Blue is a prequel to the Big Blue.

I don't know how many hours of gameplay it can provide but I think it needs to capture and present examples of the essence of the game world:

- The style/mood/atmosphere of the game

- Feel of the controls of at least 2 creatures

The game, needs to have one story arc that gets its climax but that exposes the greater story as a much bigger sequel. To that end the Little Blue should have a conclusion, I.e. You can beat it.

In my mind I have several entry points into the greater story. I haven't decided yet were to start the LB on the time line. But that will come soon.

I see the Little Blue as a small action adventure game, like the first episode.

I see this game being FREE but with a special screen at the end of the game that leads to the Kickstarter for the Big Blue. Then the Little Blue serves to clarify the experience and also communicate how one can help bring the bigger vision into existence."

Ed later elaborated upon The Little Blue linking in to the next campaign for The Big Blue with the following:

"I would not launch a Big Blue KS at any specific time, if the Little Blue is going to promote the a KS launch we can trigger the messaging remotely - and probably do it in a more gamey way or within the fiction of the game. Like some event happens that leads to a promo. I hope you see what I mean." 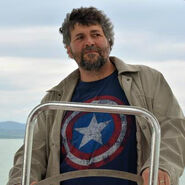 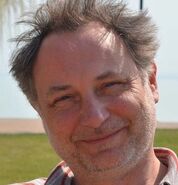 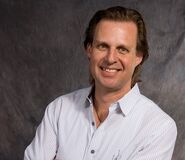 Spencer Nilsen - Composer - Composer and producer of the original Ecco series. Composed both the chiptune and CD soundtracks of the games. 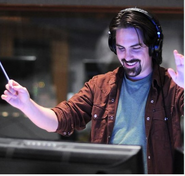 Bear McCreary - Composer - Working together with Spencer Nilsen on the soundtrack. Composer for Walking Dead and Battlestar Galactica.

Jon Berg - Creature Designer - Will design the large creatures in the game. Creature designer for the original Star Wars movies.

Ed Annunziata's Twitter - Get the latest news from Ed!

Playchemy Community Forums - The official forums for The Little Blue and The Big Blue. Ed and the team are seeking feedback about the games here and also post the latest updates on the boards.

Interviews and Other Press Releases

Gamespot Interview - Ed discusses the early history of Ecco and his plans for the Little Blue / Big Blue.

Eurogamer Interview - Ed reflects on The Big Blue's failed Kickstarter and gives more information about the history of Ecco. He also talks about his plans for The Little Blue and The Big Blue.

Community content is available under CC-BY-SA unless otherwise noted.
Advertisement