Ecco the Dolphin: Defender of the Future is the first, and currently only, game in the Defender of the Future universe and was intended as a reboot of the Ecco the Dolphin franchise. It was originally developed for the Sega Dreamcast, and later ported to the Sony Playstation 2 with some bonuses. A Dreamcast sequel was in development but cancelled.

In the past an aggressive alien race called The Foe had engaged in armed conflict with the inhabitants of Earth. Back then, they were defeated by the combined force of humans and dolphins working together to repel the invasion. Now, a new war is raging between the two. The Foe have a new objective this time, the destruction of the Guardian, a giant crystal that is the nucleus of the Earth's defence system. The Guardian protects the planet from exterior attacks via a powerful forcefield. However, the Foe somehow find a way to penetrate the barrier and destroy half the Guardian with it. One of the Guardian's shards makes contact with Ecco and informs him that only he can save the planet from destruction.

Differences from the original series 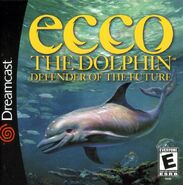 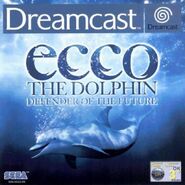 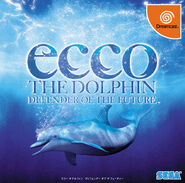 Japanese cover
Add a photo to this gallery
Retrieved from "https://eccothedolphin.fandom.com/wiki/Ecco_the_Dolphin:_Defender_of_the_Future?oldid=9533"
Community content is available under CC-BY-SA unless otherwise noted.