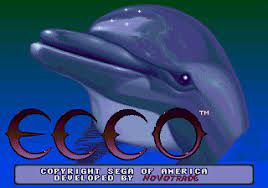 PLEASE NOTE ALL PAGES ON THIS WIKI CONTAIN SPOILERS!

Ecco the Dolphin is an underwater adventure game created by Ed Annunziata and developed by Novotrade and Sega with games originally for the Genesis, Sega CD, Master System and Game Gear. A reboot of the series without the involvement of the original team, called Ecco the Dolphin: Defender of the Future, was later created for the Dreamcast and PS2. All of the games in this series involve a dolphin named Ecco, who must protect earth and time itself from hostile alien enemies.

Links to other fansites and pages related to Ecco the Dolphin and some of Ed Annunziata's other works can be found at Website Links.

Community content is available under CC-BY-SA unless otherwise noted.
Advertisement